Difference between revisions of "Running Bitcoin"

There are two variations of the original bitcoin program available; one with a graphical user interface (usually referred to as just “Bitcoin”), and a 'headless' version (called bitcoind). They are completely compatible with each other, and take the same command-line arguments, read the same configuration file, and read and write the same data files. You can run one copy of either Bitcoin or bitcoind on your system at a time (if you accidently try to launch another, the copy will let you know that Bitcoin or bitcoind is already running and will exit).

The simplest way to start from scratch with the command line client, automatically syncing blockchain and creating a wallet, is to just run this command (without arguments) from the directory containing your bitcoind binary:

To run with the standard GUI interface:

These commands are accurate as of Bitcoin Core version v0.12.0rc1.

Many of the boolean options can also be set to off by specifying them with a "no" prefix: e.g. -nodnseed.

The configuration file is a list of setting=value pairs, one per line, with optional comments starting with the '#' character.

Note: if running Bitcoin in testnet mode, the sub-folder "testnet" will be appended to the data directory automatically.

Here is a sample bitcoin.conf file.

To configure the Bitcoin client to start automatically:

then mark the checkbox titled:

To work with batch, you have to start the daemon (bitcoind.exe). The bitcoin.exe run with option "-server" will respond with GUI-messages you are not able to process its answers. 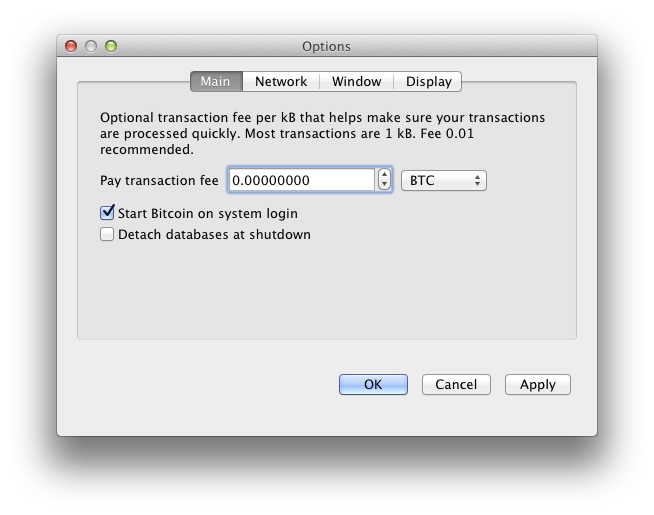 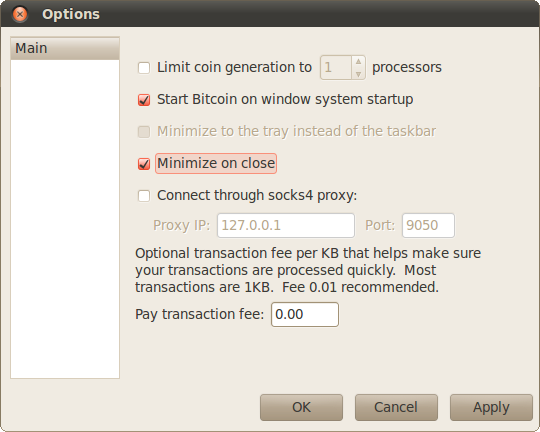