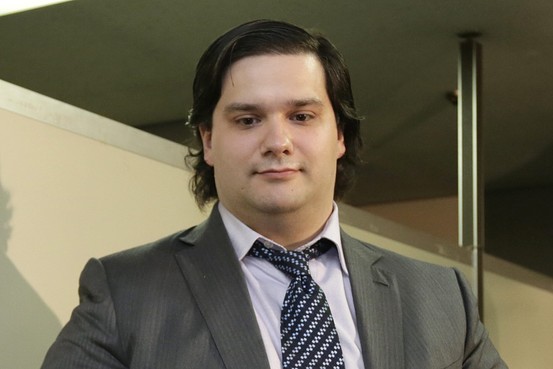 According to Jason Mick of Dailytech, Karpelès was found guilty of a financial computer crime and of money transfer fraud when he was somewhere between 13 and 18 years old. The court apparently gave him a 3 month suspended sentence and no criminal record.[6] The legitimacy of these claims is disputed.

According to Karpelès' LinkedIn page, he worked from 2003 to 2005 at Linux Cyberjoueurs as a software developer and network administrator.[9] Karpelès is a PHP developer, and has contributed to the language's official repository of extensions with proctitle,[10] which allows the name of the current process to be changed on Linux systems.

Karpelès was subpoenaed by the United States Department of the Treasury's Financial Crimes Enforcement Network to appear in Washington, D.C. to provide testimony on April 18, 2014. Karpelès, in a court filing by Mt. Gox lawyers, responded that he does not have a lawyer for this matter and therefore declined to appear.[21][22] Karpelès sought to appear in D.C. to testify on May 5, 2014.[23][24]

According to a joint report by Cyrus Farivar of Ars Technica and Pierre Alonso of Le Monde, Karpelès was found guilty of fraud when he was tried in absentia in France in 2010. He also admitted to having "pirated" a server to French authorities. He was sentenced to a year in jail but has not yet served his sentence.[25][26]

Ross Ulbricht, while on trial for operating the undercover Silk Road marketplace, claimed that the pseudonymous "Dread Pirate Roberts" behind Silk Road was not him but Mark Karpelès.[27] Karpelès publicly denied the claim on Twitter,[28] and Ulbricht was eventually found guilty.[29]