The database is built directly on the operating system's memory-mapped file system. Logical queries are performed using a set of hash tables. The number of hash buckets is optimized to minimize hash collisions, though collisions are accommodated. These changes resulted in a substantial performance increase, near constant time, for queries against the blockchain. Insert performance was not materially affected. The database uses sequence locking to avoid writer starvation while never blocking the reader. This is ideal for a high performance blockchain server as reads are significantly more frequent than writes and yet writes must proceed wtihout delay. 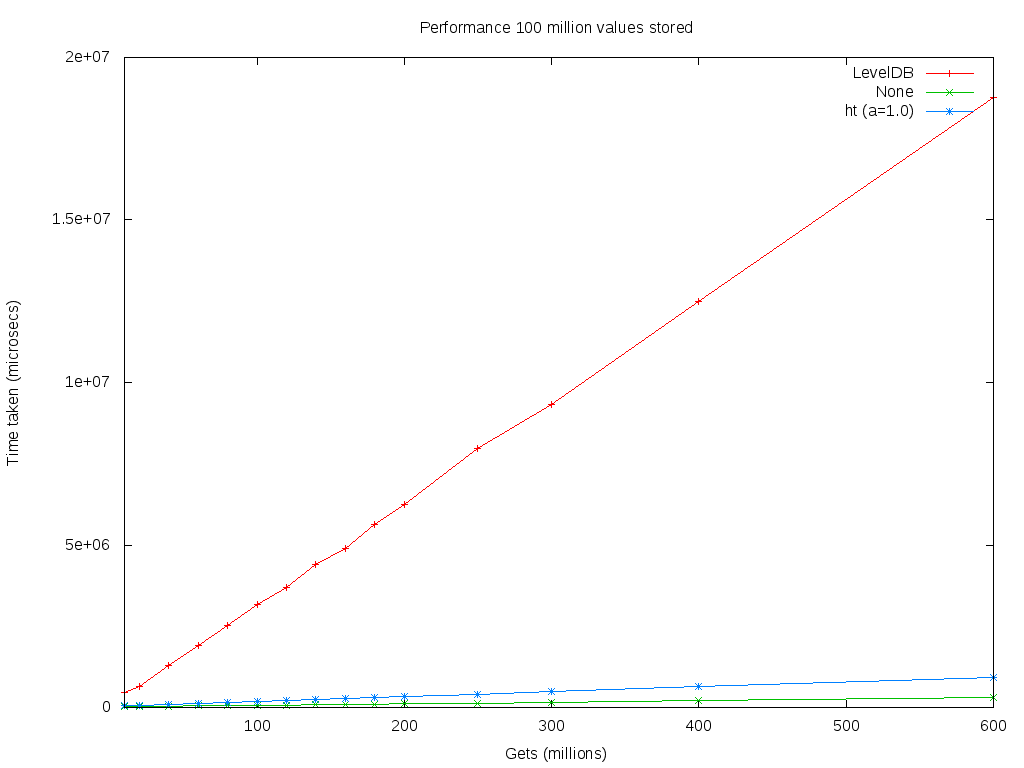