Difference between revisions of "Colorcore"

Anybody can issue their own coins. It only takes a single Bitcoin transaction. The only fee you have to pay is the Bitcoin transaction fee (which can be zero), which makes Colorcore much more efficient than alternatives like XCP (about $20 to issue an asset). Also, you don't need to buy any intermediary coin (like XCP) since colored coins work directly on top of Bitcoin.

Use your address to receive assets from other people. You can also send assets, again for the price of a standard Bitcoin transaction.

Finally a way to manage a truly decentralized crowdfuding campaign. You don't have to trust a complex and limited exchange protocol, the "distribute" feature creates standard Bitcoin transactions. There is no magic behind it.

Every asset created or exchanged using Colorcore are visible on the Coinprism.info block explorer, and can be sent to a Coinprism web-wallet.

Colorcore does not connect to any external service. All it needs is access to the Bitcoin blockchain, via Bitcoin Core. Therefore in order to run Colorcore, you need Bitcoin Core running with RPC enabled and the -txindex=1 -server=1 flags.

You are now ready to run Colorcore.

How to use Colorcore?

All the addresses with a non-zero balance on your Bitcoin Core wallet will be displayed. The 'assets' field will show how much assets you have. If you don't have any asset, it will be empty. Each asset has a 'assetAddress' field as well as a 'quantity' field. 'assetAddress' is what identifies the asset. It is cryptographically secure, and it is impossible for two people to be owner of the same asset address. 'quantity' is an integer indicating how many units of that asset you own.

Create your own asset First, you need to create an address in Bitcoin Core. This address will represent your asset, and the private key associated will be required for any issuance of the asset. Note that the protocol supports multi-sig addresses for issuance, though that is not implemented in Colorcore 1.0.

Run the following command on bitcoind (not Colorcore):

This will generate a private key and return the address. Make sure your wallet.dat file is properly backed up.

Now transfer a small amount of bitcoins (0.0002 BTC is enough) to that newly created address.

Run the following command to issue one million colored coins: 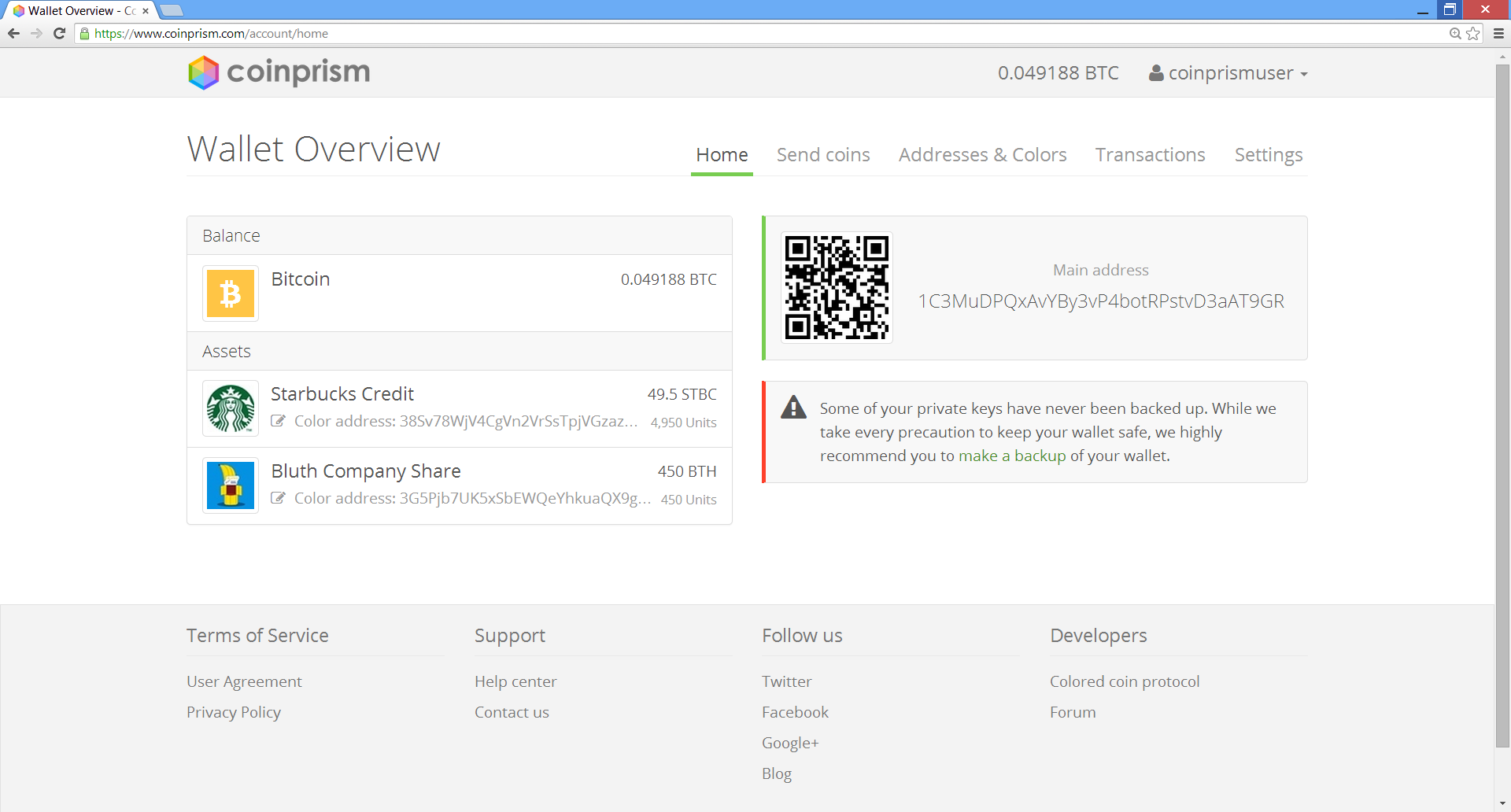 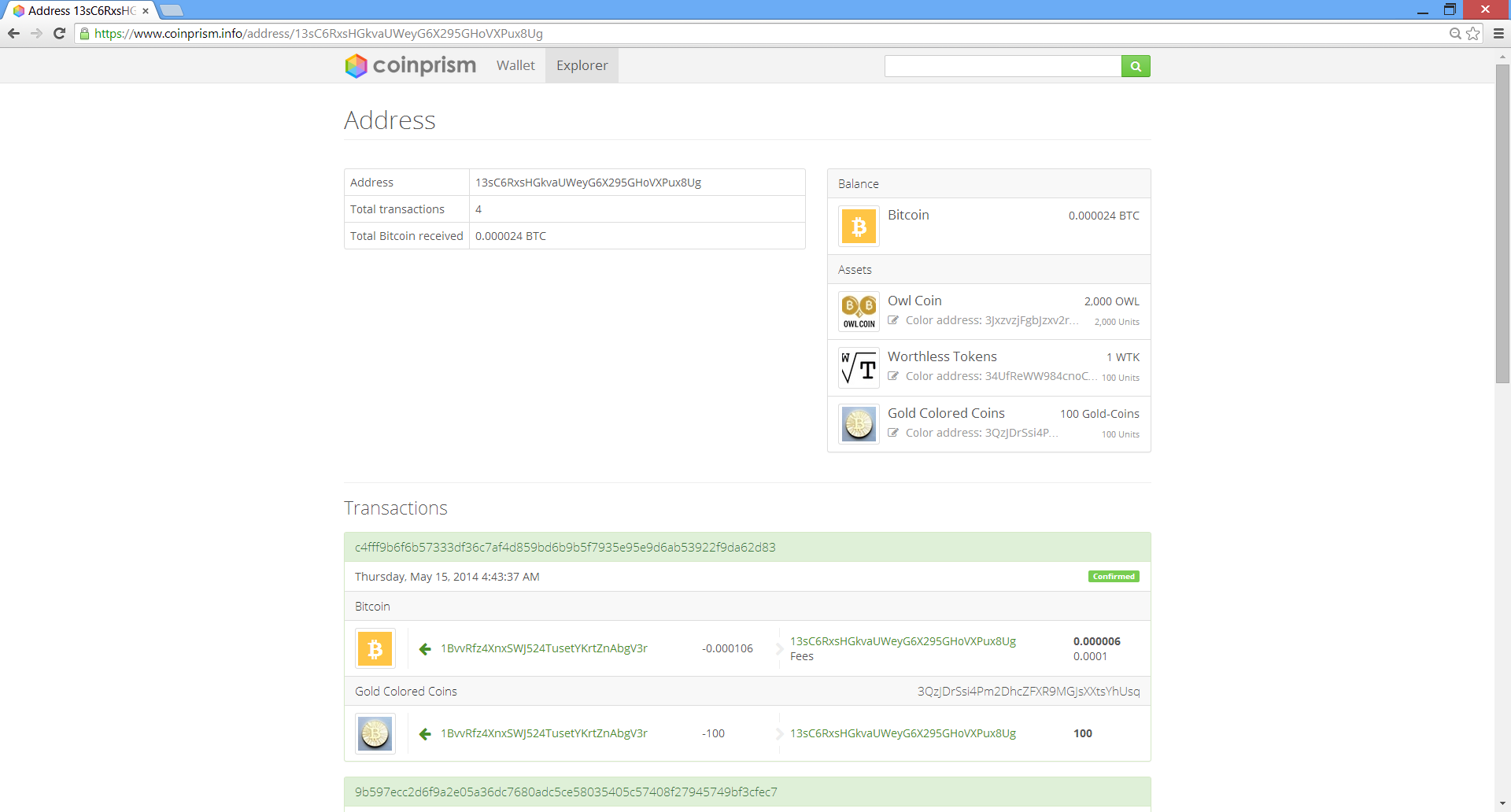 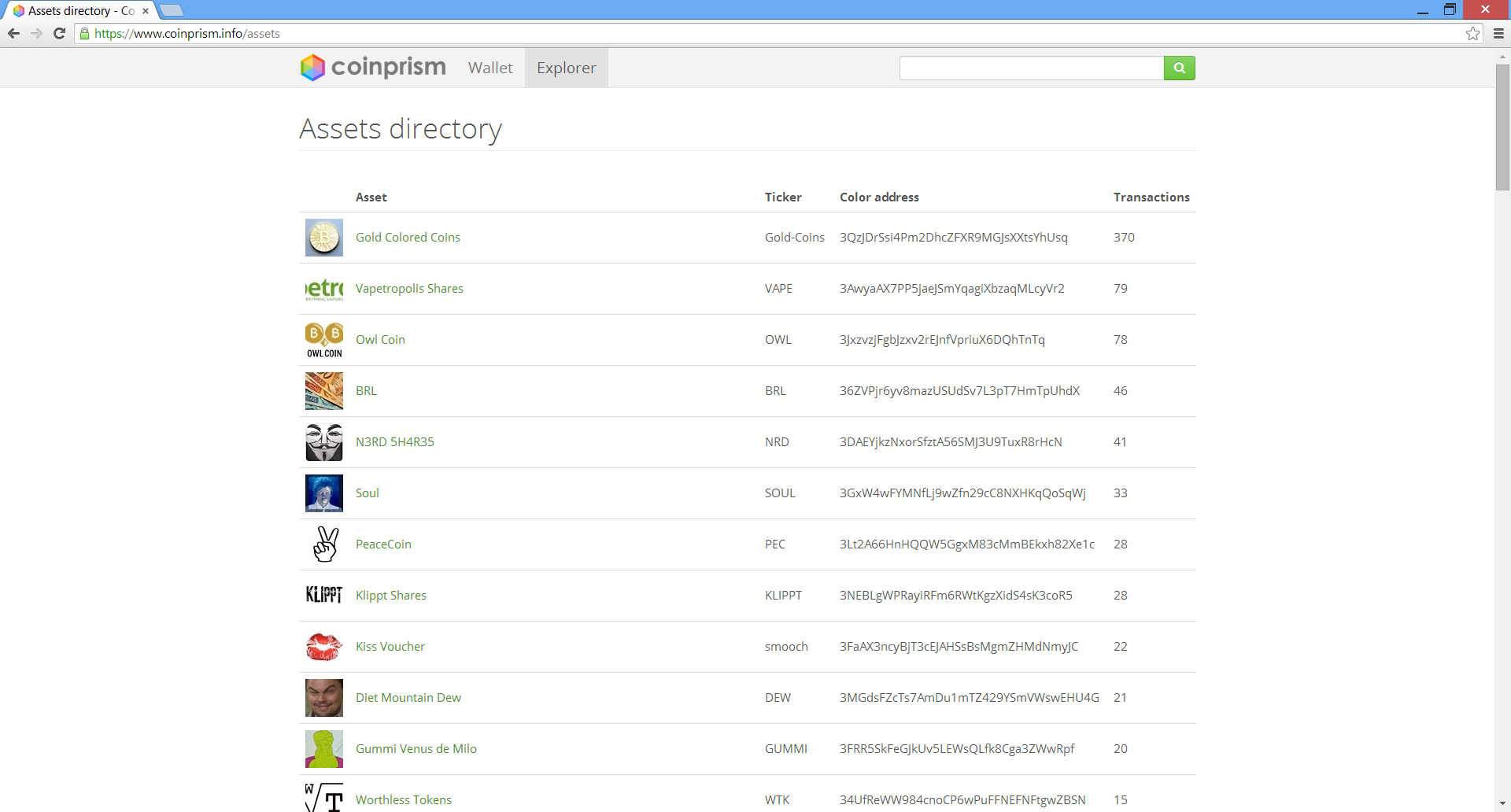 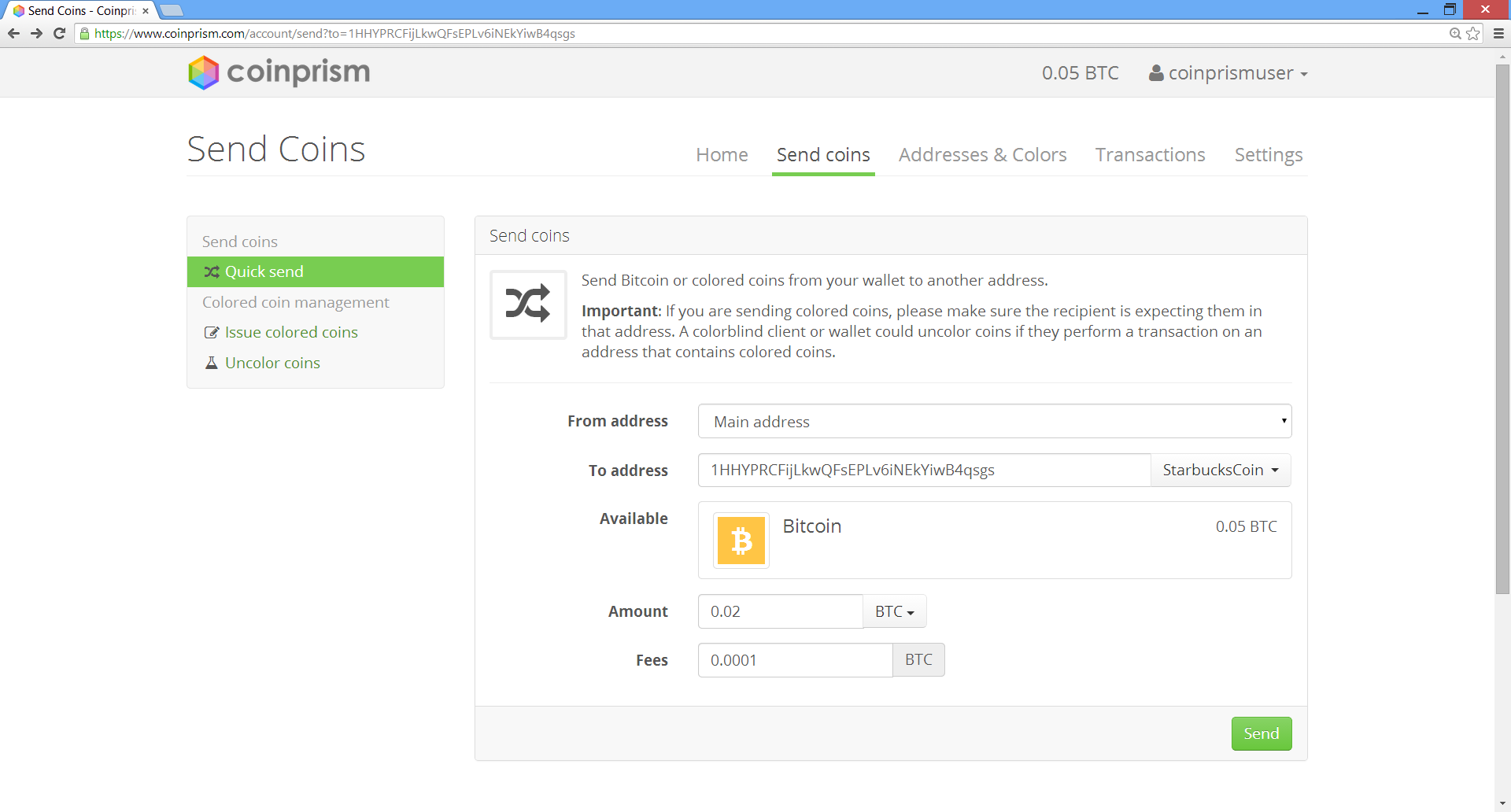