COINUT (COIN Ultimate Trading) is a cryptocurrency exchange that was founded in 2013 and is headquartered in Singapore, with subsidiaries in Canada, Malaysia and Switzerland. COINUT was designed to make it easier, faster and more secure for people all over the world to trade cryptocurrencies and their derivatives. The company is backed by Boost VC in Sillicon Valley and NUS Enterprise in Singapore. COINUT was the first to provide exchange traded Bitcoin options. Currently COINUT provides the ability to trade cryptocurrencies and fiat currencies, including Singapore dollars and US dollars, and is working towards relaunching options and other derivatives trading after pausing them in 2016 due to liquidity issues. 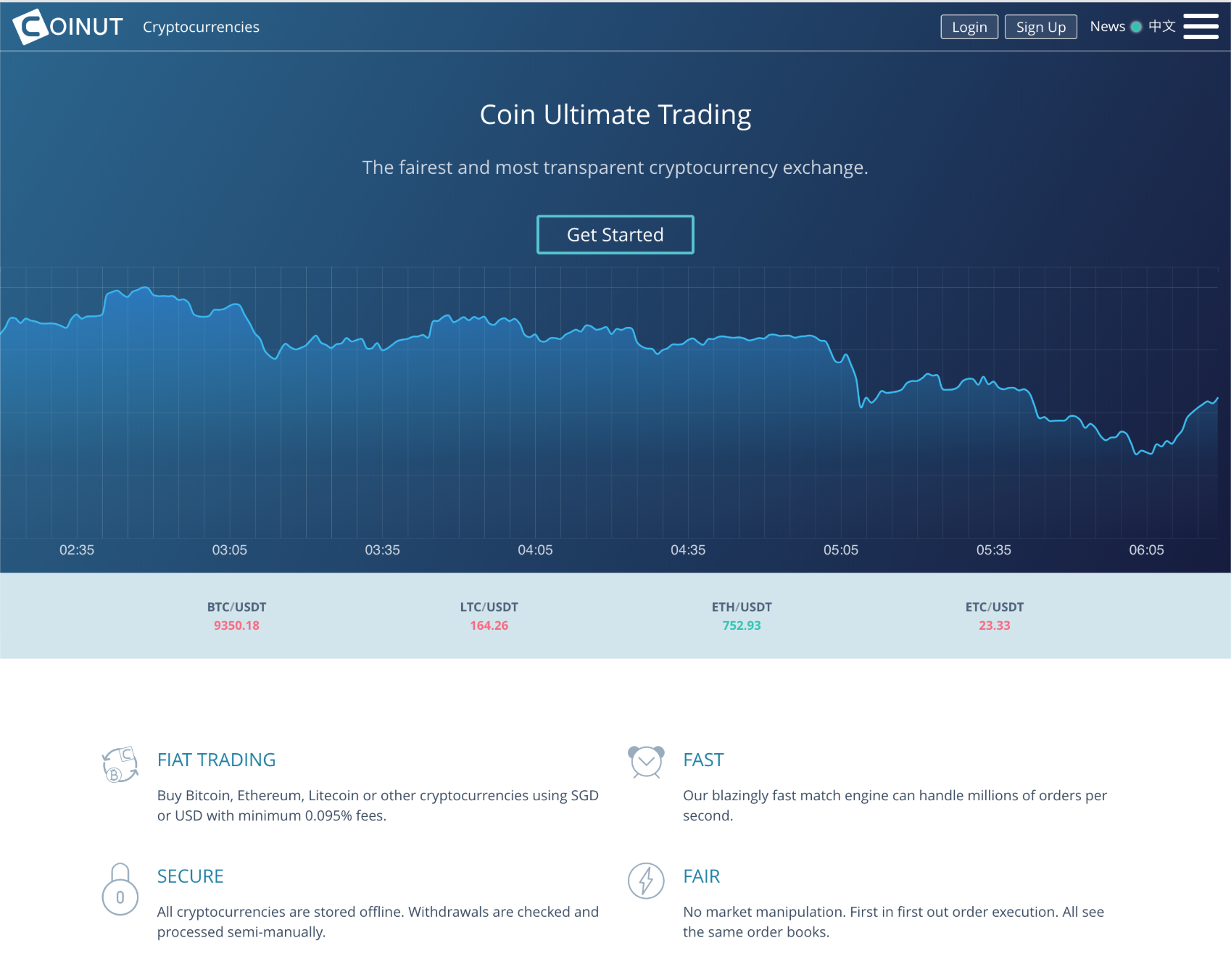 COINUT exchange was founded in 2013 by Xinxi Wang while he was pursuing his PhD in Computer Science in National University of Singapore. Before starting COINUT, Xinxi was an active trader in the forex market and developed his own automated trading strategy. His combined background in Computer Science and forex trading helped lay the foundation for creating COINUT.

COINUT utilizes an advanced matching engine that can handle 2.6 million orders per second, which is among the fastest of all cryptocurrency exchanges, including Binance. The company’s backend system was written in C/C++ instead of the more prevalent but slower scripting languages like NodeJS or PHP. According to Mr. Wang, their proprietary technology is not based on LMAX, which may have issues in failure recovery.

The exchange was founded in Asia's financial hub, Singapore in December, 2013. In late 2017, the company experienced tremendous growth and started to expand overseas. Today, COINUT has subsidiaries in Canada, Malaysia, and Switzerland and will soon enable Canadian dollars and Euros trading.