Coinprism is a colored coint web wallet. Coinprism is similar to other web wallets, except you can store, issue, send and receive colored coins and not only normal Bitcoins. The site is currently on the Testnet blockchain, so you will need Testnet coins to test it. 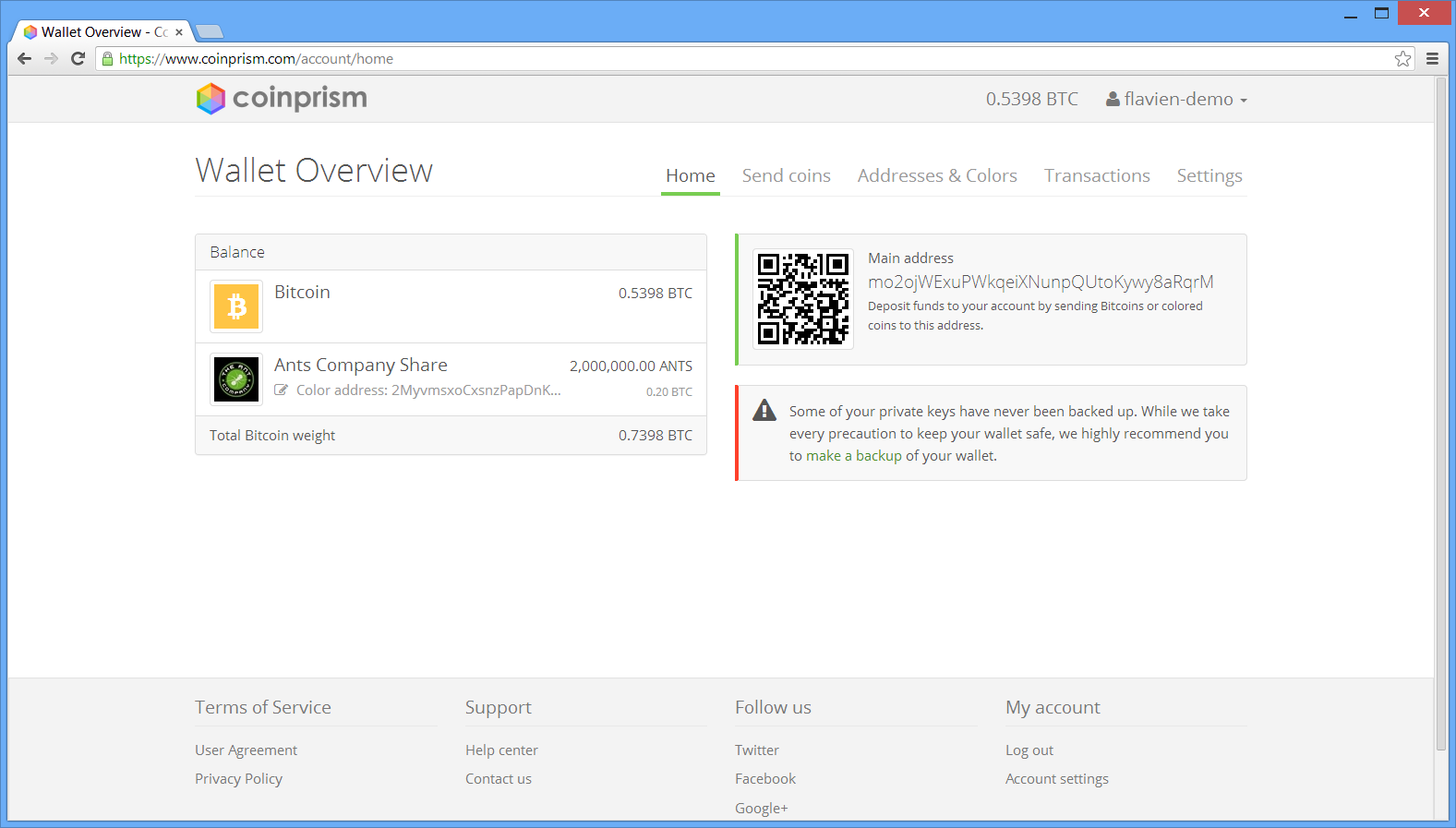