From Bitcoin Wiki
Revision as of 04:31, 8 November 2011 by Casascius (talk | contribs) (Somehow, I think Bitcoin Police is an embarrassment to the Bitcoin community, as it leads the reasonable observer to conclude that we're completely lost in fantasy land, and that bitcoins are its fantasy currency.)
(diff) ← Older revision | Latest revision (diff) | Newer revision → (diff)
Jump to: navigation, search 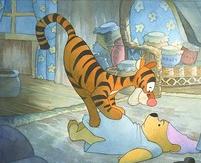 According to the Bitcoin Police website, evidence and intelligence can be sent to MrTiggr@ bitcoinpolice.org.

Investigators focused on exposing fraudsters and scammers in the Bitcoin community.

Follows a strict mission statement and strives to be as transparent as possible.

A community run organization that relies upon the community for support. New members are encouraged to join.

The Bitcoin Police formed in early August, 2011 following the MyBitcoin incident which caused losses to members valued over one million U.S. Dollars.