If someone has 100BTC that they received a week ago and they spend it then 700 bitcoin days have been destroyed. If they take those 100BTC and send them to several addresses and then spend them then although the total transaction volume could be arbitrarily large the number of bitcoindays destroyed is still 700.

Percentage of Bitcoin Days destroyed vs block number, as of June 17th 2011. 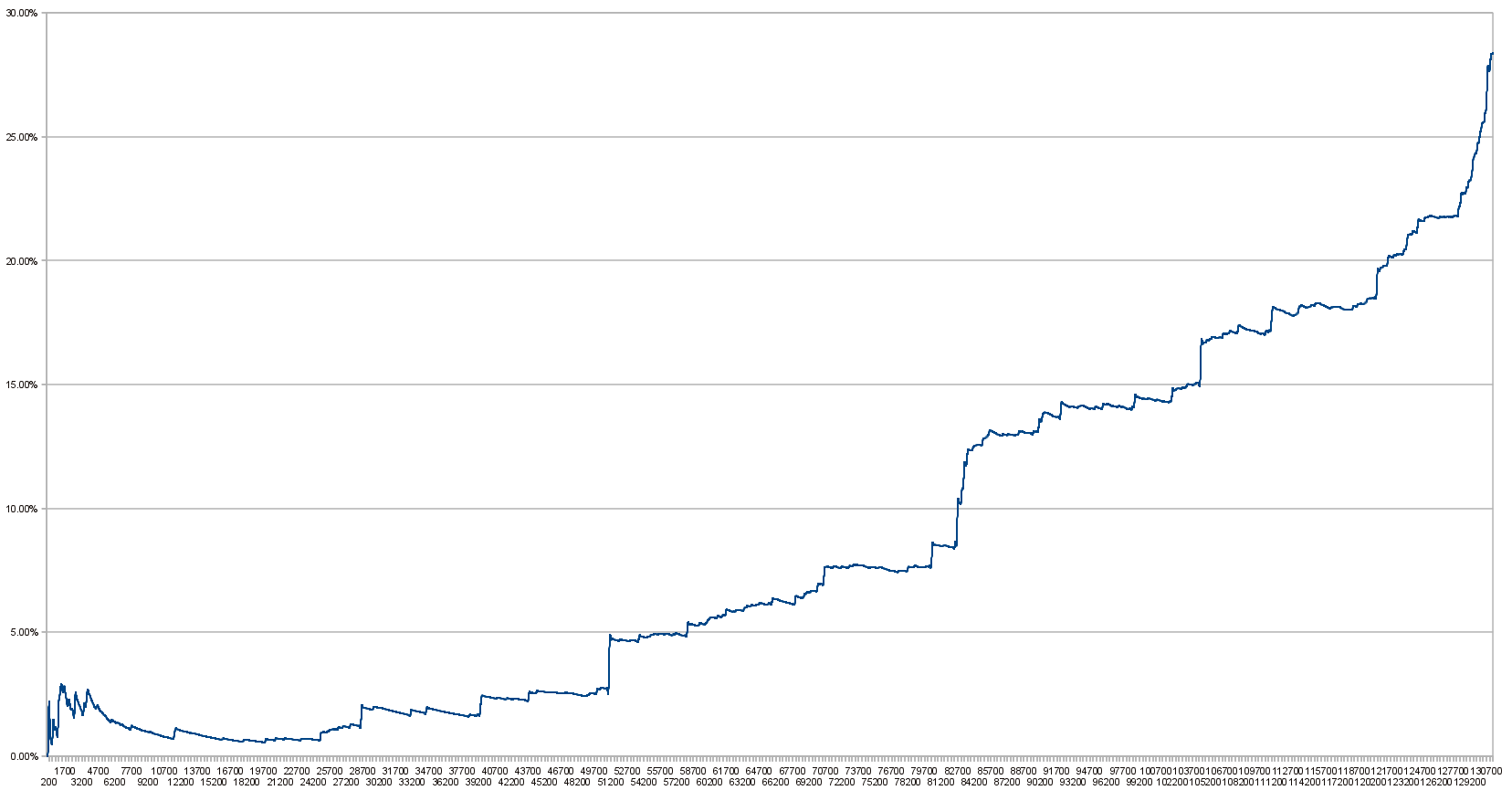