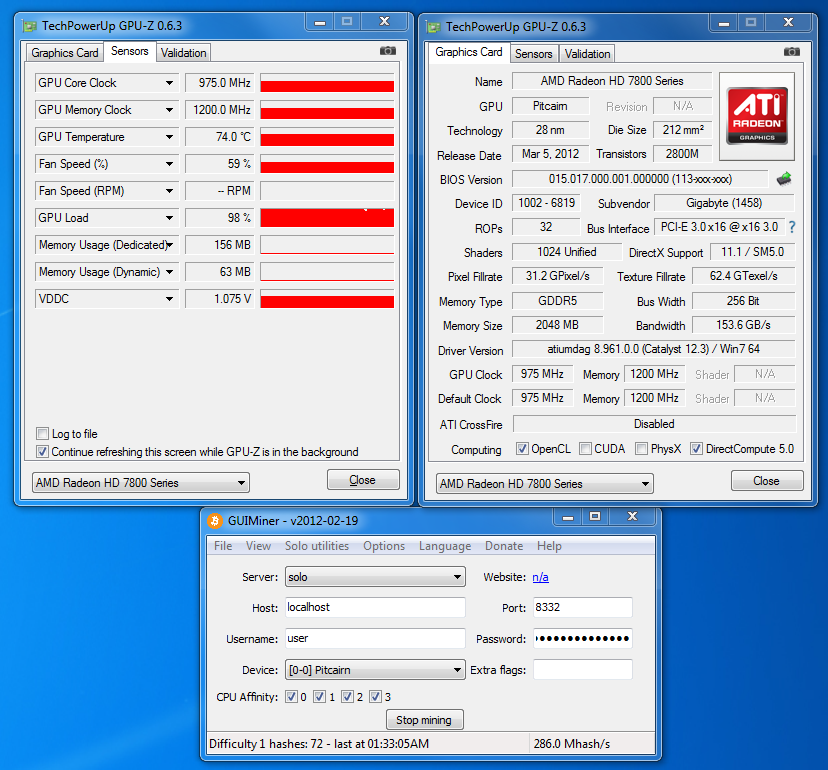 Not so much as redundant, but horrifically misleading. I have developed a spreadsheet that makes predictions of eventual profitability based on extrapolation of difficulty into the far distant future. For example, if you're planning to buy a mining rig that won't get delivered for 6 months, you can get a reasonable prediction of the eventual payback on your investment based on the predicted evolution of difficulty. Please update here and I'll post it if there is interest. This is not so much targeted at GPU miners as it is at ASIC mining hardware. TominTX (talk) 20:34, 1 September 2013 (GMT)

I have removed the Achilles Labs line-up of miners. This was previously also done by Jimmothy, resulting in a minor revert edit war with Vip3r. Currently their website still displays little more than a render, little details on what's supposedly inside, and only accepts payment in Bitcoin.

While Vip3r claims that the units are actually shipping, no evidence thereof has been presented or even found. The only semi-reference I have found is at: https://2ch.hk/cc/res/84695.html Supposedly that page shows Achilles Labs units in a mine, but that mine itself has none of the hallmarks of an actual mine, and more of warehousing - which may very well be empty cases.

Until such a time as that more information is presented or found in the wild, I recommend that the Achilles Labs line-up of products remains removed from the listing.