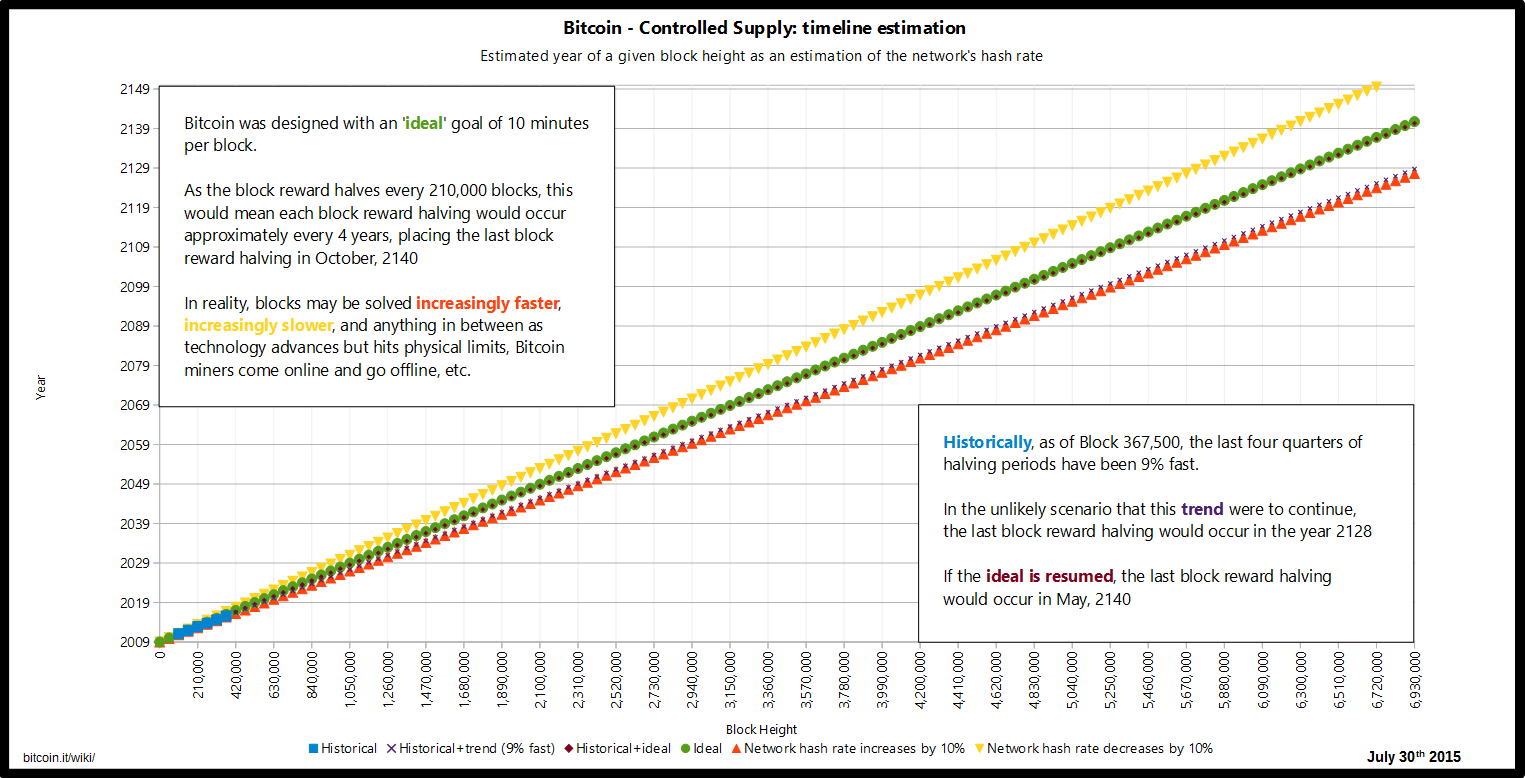 Graph of Bitcoin's controlled supply as an estimate against time, depicting the influence of the network's hash rate (continuously faster vs continuously slower) om that timeline.

This chart would benefit from a minimum periodical updating every 52,500 blocks (one quarter of a reward halving period) or approximately once every year. The next update opportunity is at block 367,500 estimated to occur around July 29th, 2015.

More frequent updates may be warranted if the network hash rate sees a sudden and sustained increase or decrease.

Click on a date/time to view the file as it appeared at that time.

The following page links to this file: