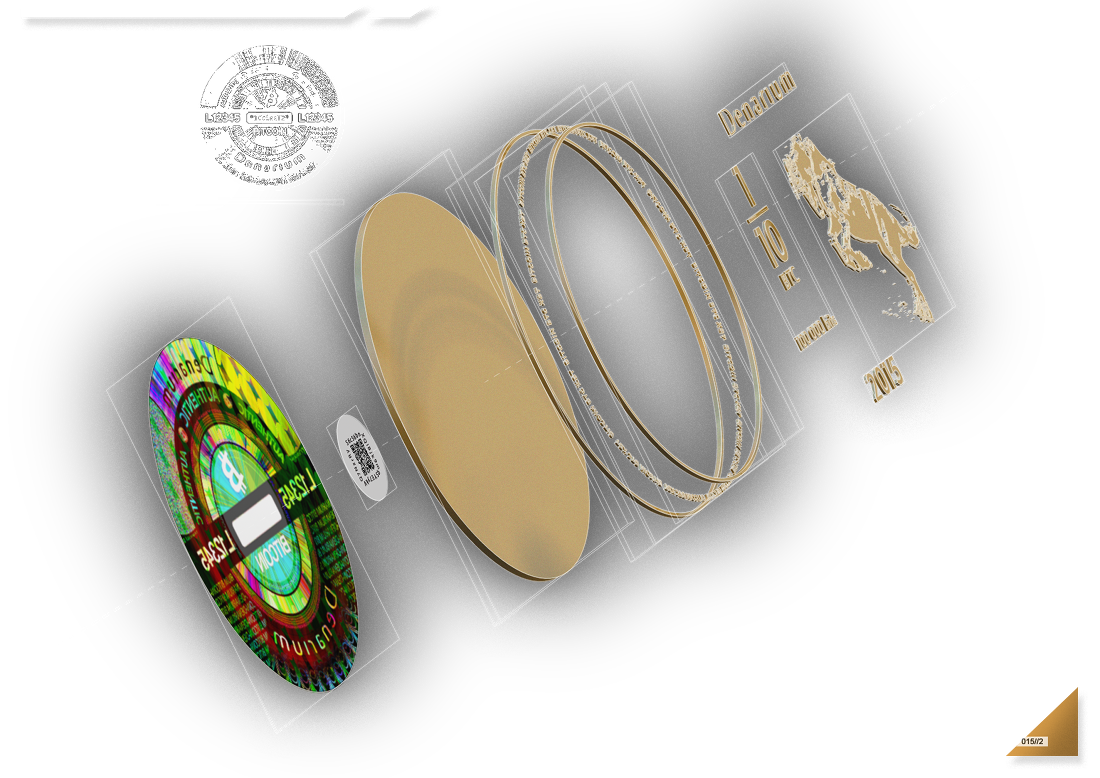 Denarium aims for quality packaging and has earlier on decided to make their own packaging to ensuring excellence and quality. To also ensure security Denarium has made a switch for their newer models in 2018 to High-tech CertiLine BarCard® packages. These packages protect the coin from any tampering activities. When the BarCard® is opened an unpredictable pattern will be displayed on the internal surface of both card halves. Undetected reuse or reassembly of the package will not be possible. The package will always show that it has been opened. This is an extra security feature to keep the private key safe.