Difference between revisions of "Wasabi Wallet"

The package includes built-in Tor and, by default, all traffic between the clients and the server goes through it, so IP addresses are hidden and privacy of the users is respected. Under normal conditions, Wasabi Wallet never leaves Tor onion network and it never uses Tor exit relays, significantly decreasing the network attack surface.

Wasabi also includes all standard privacy tech like a Hierarchical Deterministic wallet and address reuse avoidance, as well as mandatory coin control and labeling. The wallet uses BIP-158 Client-side block filtering to obtain its own transaction history in a private way and it has a one-click partial full node integration as it ships with Bitcoin Knots. If the user already has a Bitcoin full node on a local or remote device, then it is possible to specify the IP address and port, or the Tor onion service, and Wasabi will use it to verify and enforce rules of Bitcoin. 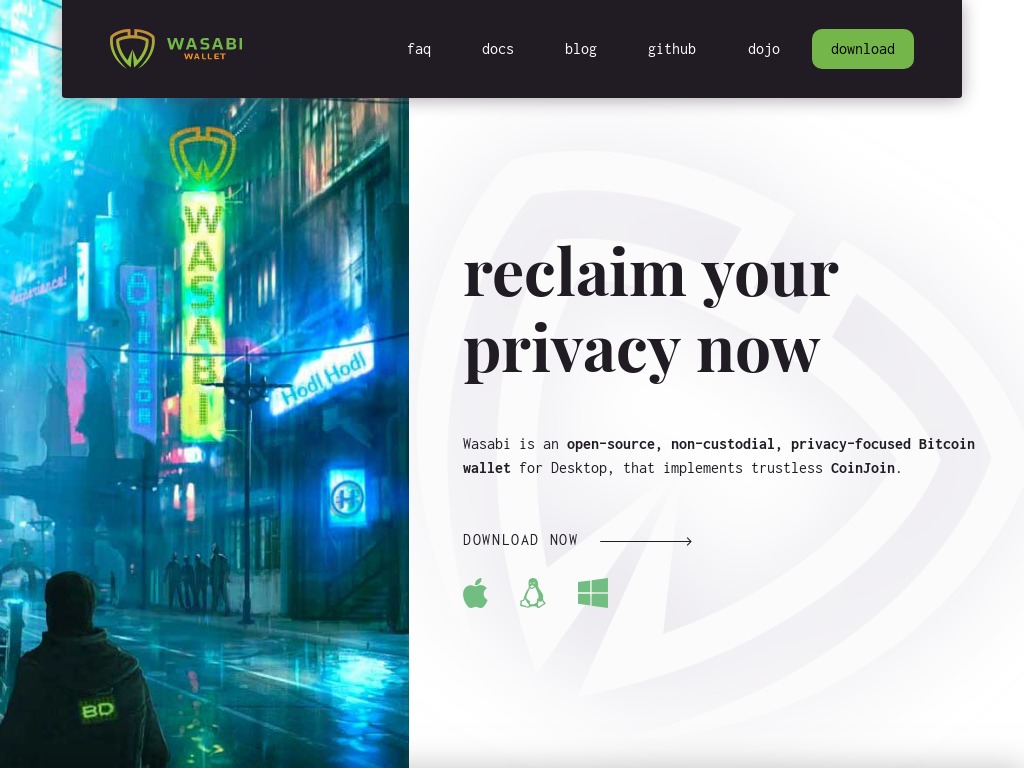 The same applies to receiving bitcoin. First, you need to generate an address in the Receive tab and label it with the names of any observers who know that this address is yours. For example, if Alice pays you back for last nights pizza, then the label is Alice. This is one of the most important features in Wasabi Wallet and it will help in managing better your privacy.