Casascius physical bitcoins, also called Casascius coins, are physical metal coins created by Bitcoin user Casascius (Mike Caldwell, Sandy, Utah, USA) and sold until Nov 26, 2013[1], that contain an embedded piece of paper with digital Bitcoin value, covered by a tamper-resistant hologram. Casascius coins are available in 1, 10, 25, 100, and 1000 BTC increments. They can no longer be purchased.

The coins are designed such that they could be circulated in face-to-face transactions. The first person to redeem its private key gets the value on the coin, and afterwards, the coin no longer has any Bitcoin value. It is difficult or impossible to read the private key on the coin without damaging or destroying the hologram, which exposes a honeycomb-like tamper-evidence pattern when peeled.

The piece of paper inside each coin has a private key which forms the backing for the Bitcoin value represented by the coin. Redeeming the private key back into digital Bitcoins is currently available with a patched reference client and many of the alternative clients.

Casascius coins are similar to Bitbills in that they are an object that contains a redemption code that serves as a bearer item for digital bitcoins.

There are 2 independent websites that track the status of all Casascius coins in circulation, based on information from the block chain:

Originally, Mike Caldwell imagined placing a private key on a piece of paper inside a washer with a tamper-evident hologram on each side. However, he found it was more economical to have a real coin minted with a hologram on one side than to have two different hologram designs, and so the first Casascius coins were customized brass coins ordered from a mint that makes car wash tokens.[2]

As of Nov 27, 2013, Mike Caldwell suspended sales of items that contain digital bitcoins.[1] The Financial Crimes Enforcement Network (FinCEN), a branch of the Treasury Department, informed him before, that minting physical bitcoins qualifies him as a money transmitter business, which means he needs to register at the federal level and probably get state licenses too.[3]

The hologram and the private key is different, the metal part of the coin is the same as the first series. 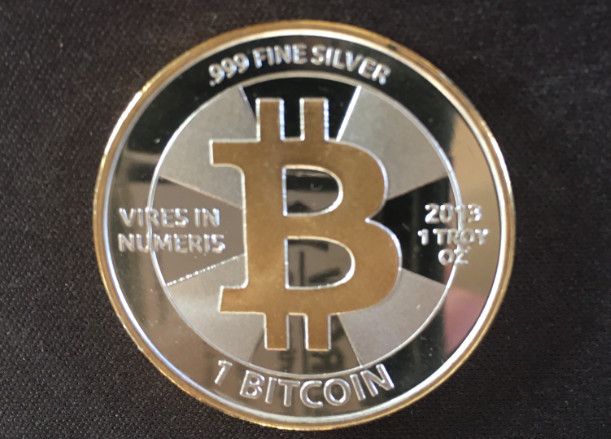